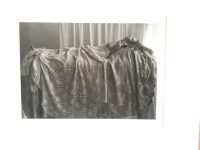 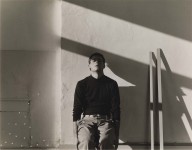 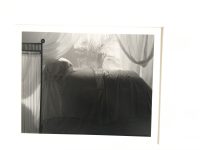 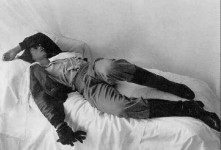 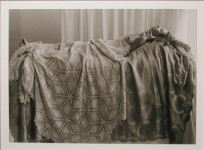 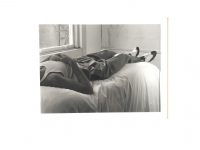 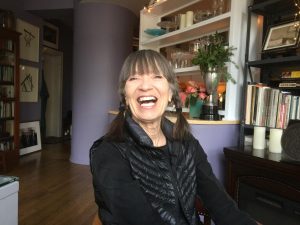 Marsha Burns began as a painter, studying at the University of Washington (1963-65), where she met her husband, artist Michael Burns, and then at the University of Massachusetts (1967-69) after the couple moved to Amherst. Burns began to work with photography in 1972 while living in Texas, and initially used the medium to experiment with sequential imagery. After relocating to Seattle, however, she began to focus on creating enigmatic figure studies and nudes in her studio, which explore the relationship between form and emotion. Burns had her models, mostly friends and acquaintances with an androgynous quality, pose in the mostly empty setting in various states of undress, accompanied by different objects. She states, “Each subject was approached as one formal element among a complement of others—glass, mirrors, changing light.“

In the following decades Burns continued to photograph in her studio, but she began to introduce more overt social content into her work. Inspired by a visit to Berlin in 1984, Burns started making portraits of young adults who chose to set themselves apart from the mainstream, first in her native Seattle and later in other cities. “The people I choose to photograph are often those for whom negative or tragically simple attitudes have been formed by the majority of society,” she writes. “In an age of technology and urbanization I am drawn to the boundaries, to people whose existence is self-defined.” In the 1990s, continuing in this vein, she photographed varied subjects, such as Native Americans in traditional dress, as in the image Tyson, Warm Springs, 1991.

She has received two fellowships from the National Endowment for the Arts (1978, 1988). In the past twenty years her work has been included in partners: Considerations Rather Than Constraints at the Kirkland Fine Arts Center, Kirkland, WA (2005); Marsha Burns: Portrait of America at the Anderson Gallery, Virginia Commonwealth University, Richmond, VA (2003); Marsha Burns: New Photographs at the Charles Cowles Gallery, New York, NY (2001); Eye of the Beholder at the International Center of Photography, New York, NY (1997); Selections 6: Works from the Polaroid Collection at Weber State University, Ogden, UT (1996); About Face at the Houston Center for Photography (1994), To Collect the Art of Women: the Jane Reese Williams Collection of Photography at the Museum of New Mexico, Santa Fe, NM (1992); People and Places at Northern Illinois University Art Museum, Chicago, IL (1991); and Northwest Annual at the Center on Contemporary Art, Seattle, WA (1990).

Susan Spiritus Gallery was the first gallery to handle Marsha and Michael Burns’ photographic works beginning to represent them as a husband and wife team, in 1976 and they remained represented by the gallery for two decades.