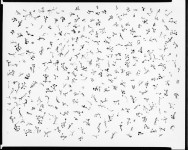 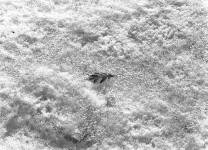 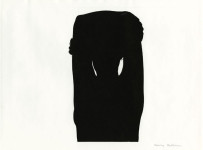 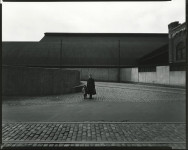 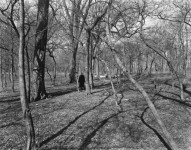 Harry Morey Callahan was one of the most influential photographers of the twentieth century and is best known for utilizing the objectivity of straight photography to produce works that reinvented reality, “to charge it with personal, even mythic, resonance.” (Davis)

Callahan was the son of a Midwestern farmer who moved to Detroit to get work in the auto factories. He purchased his first camera in 1938, when he was a 26 year-old clerk in the shipping department of Chrysler Motors. While there, he joined the Chrysler camera club and then the Detroit Photo Guild. In 1941, he met Ansel Adams who gave a workshop in Detroit. Callahan was struck by “Adam’s crisp nature studies and precise prints… [which] stood in stark contrast with the soft-focus, manipulated imagery practiced in the camera clubs.” Adams’ pictures demonstrated how clear, sharp, highly detailed descriptions of the visible world could be expressive. Adams offered him Stieglitz’s model of transcendentalism and equivalency. “I wanted something important, something spiritual in my life then” Callahan later said. In the summer of 1942, Callahan traveled to New York to meet Stieglitz, but was too intimidated to show his photographs. He admired Stieglitz’s series of portraits of Georgia O’Keeffe, which inspired him to begin the decades-long series of portraits of his wife Eleanor.