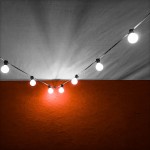 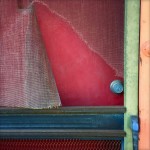 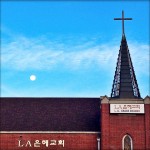 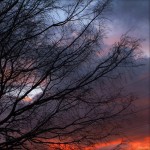 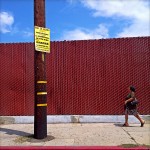 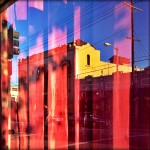 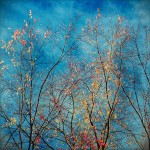 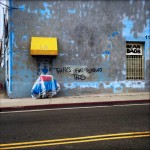 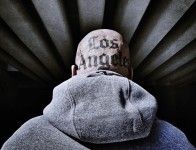 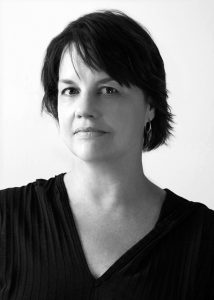 Cat Gwynn is a Los Angeles-based, award winning photographer. She was educated in photography, film, and fine arts at Otis Parsons Art Institute, and has completed numerous master workshops with such esteemed artists as Mary Ellen Mark, Joel Peter Witkin, and Barbara Kruger. Her artwork is collected and exhibited in international galleries and museums, and is sold through the Susan Spiritus Gallery. Cat’s images have been published in a number of photo art anthologies, including Ed Hardy’s seminal book, Forever Yes: Art of the New Tattoo, and have appeared in many other publications including Artforum, Texas Monthly, and Artweek. Her acclaimed photo memoir, 10 Mile Radius was released in the fall of 2017 by Rare Bird Books.

Finally, radiation. I’d had my lumpectomy, done tons of chemo, and now was looking at thirty-three rounds of radiation—five days a week for the next few months—the last part of my treatment protocol. I chose a facility close to my home. It was a mile each way, so I figured I’d get some exercise and could make photos along the way.

I start observing all of the people I pass on my daily walk to treatment. We all seem so different when really, at our core, we’re the same. I think about how we often go through life making snap judgments and assumptions. Perhaps it’s a way we distance ourselves from taking in deeper truth of what another person’s life might hold…what our own life might hold. These folks don’t necessarily know I’m going through cancer. I certainly don’t know what they’re going through. But we all have a story.

One day on my walk, I cross paths with a hardcore gangbanger. He has this stunning tattoo on the back of his bald head. I want to photograph him so bad. But you can’t just ask a gangbanger if you can take his picture. Then I think, why not? You’re overcoming cancer. Just ask.

I approach him. He’s a bit guarded; shoots me a daring look, like, “You wanna take my picture?” I take off my hat. His eyes widen when he sees my bald head and he says, “Oh,” then gently nods yes.

He walks a little further up the street and stops at an entrance to a building. I look up and see these ceiling beams above him. They seem to be spreading out from his head…like this radiance of spirit. The photo gods are with me.

Asking to be seen and subsequently someone giving you permission to see them can be an uncomfortable proposition. But setting mistrust aside clears fertile ground for breaking through stereotypes. It allows us to see one another honestly. In this moment we are here, our hearts are connecting, and there is an energy that flows between us…life force.

Twenty-two more rounds of radiation to go. I decide that every day I will stop at this building and make a portrait of whoever shows up. Some days the first person I ask says yes. Other days I approach a half-dozen people before anyone agrees. It’s hard; I ache to be done and head home, but I reaffirm: Not until you’ve made someone’s portrait. For me, follow-through is vital.

I met many lovely people there, under the radiant beams. The angels. The empathy we reflected to one another bore witness to all the joys and sorrows of living.

10-Mile Radius: Reframing Life on the Path Through Cancer spoken in the artist’s words:

How do you find beauty and meaning in the most ordinary things when your life is being pulled away from you by the most extraordinary circumstances?

On May 4th, 2013, I found a sizable lump in my right breast. Ten days later I was diagnosed with Triple Negative breast cancer – a disease long feared. My mother had succumbed to breast cancer after a five-year battle. Now it was my turn to live with it.

Living with cancer is a confining experience; doctor’s appointments, a rigorous treatment schedule, down time to recuperate, then onto the next round. As the treatment protocol intensified, my immune system became more compromised, requiring limited exposure to the world around me. So I mapped it out: my day-to-day existence was now reduced to about a ten-mile radius.

In order to survive this ordeal, I needed the courage to say yes to it all. This meant sitting with mortality, difficult side effects, and every other uncertainty being thrown my way. Surrendering to this confined reality, I decided to engage in a daily practice of seeking out images with my iPhone that would connect me to the immediacy of life. There was no filtering what I found, only a genuine curiosity to see things as they were and how I chose to frame them.

As the scope of my own life shrank I was forced to look even closer and realized this kind of thoughtfulness allowed an inner expansiveness that transcended many of the fear-based boundaries I had ever imposed upon myself. The images in 10-Mile Radius are the intimate moments and lovely people I happened upon – all immeasurable markers along my path.

I didn’t set out to make an art project about my experience with cancer, but over time realized it was a conceptual way to show my quest for well-being and willingness to uncover aspects of the world that are normally overlooked. By being present with deep truth, I was opening myself up to my own healing. This process created an opportunity to witness my life and share it with others resulting in authentic bonds and connections to many things beyond myself.