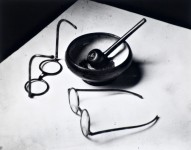 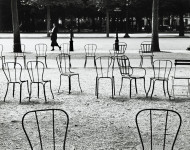 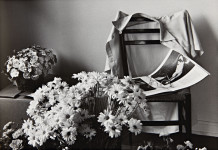 André Kertész was born on July 2, 1894 in Budapest, Hungary. After being severely wounded while serving in the Hungarian army during WWI, Kertész moved to Paris and worked as a freelance photographer. He moved to New York City and published photos in magazines such as Harper’s Bazaar and Vogue. He retired from commercial work in 1962 and began a series of personal projects. He died in 1985.
“I write with light,” Andra Kertesz once said of his work. In one of the medium’s longest, most productive careers, Kertesz created a vast, lyrical narrative that helped shape the history of photography. He used the camera to question, record, and preserve his relationships to the world and to his art.